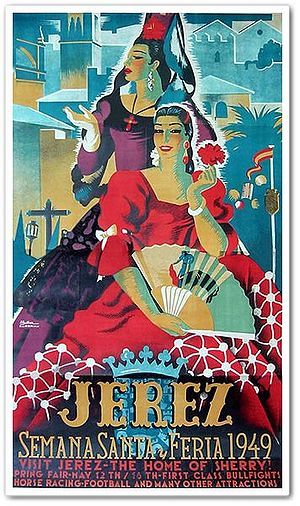 We all know about the explosion of Albariño in the Irish market in recent years. In fact Ireland is one of DO Rias Baixas’ top export markets – a real success story. Stainless steel tanks, commercial yeasts, and retailer demands for reliable quality at competitive prices, have all conspired to drive Albariño – as it has Verdejo in Rueda, another riser with enormous commercial appeal.

But there is a plethora of other relatively unknown varieties and styles from Spain stepping into the limelight now. While the Listán Blanco and Malvasías will remain niche wines, the Godellos of Valdeorras and Bierzo are definitely on the rise with so much to offer in terms of quality. Treixadura from Ribeiro is following close behind, as are Garnacha Blanca, Xarel-lo and Albillo. These are some of the varietals you should expect to find in our new releases this year. But wherever you may find them, seek them out!

If you’re into crisp, refreshing whites with a bit of spritz, check out ‘Txakoli’ (which refers to the style, of which the main varieties are Hondarribi Zuri and Hondarribi Beltza). These wines are fresh, most of them with Txakoli’s signature crisp or tart acidity, and have low or moderate alcohol, very much in tune with a current trend for lighter, fresher wines.

An appreciation for organic viticulture, minimum intervention and old vines continues to grow, with old vine Garnacha performing strongly. So too does the search for ‘old’ varieties continue. Six new varieties have been identified in Castilla y León, among these the graceful ‘Cenicienta’ (‘Cinderella’). The formerly rare Tintilla grape variety from Cadiz, has also seen a resurrection. Packed full of dark berries, spice and elegant graphite mineral notes, this grape makes serious wines that can stand up to any recognised, high-quality offerings. And this is just one example of the unique still wines emerging from the south of Spain.

Even more exciting are the unfortified wines made from Palomino. Sherry producers are opening up their cellars to make special selections and in parallel, a new generation of growers and winemakers are embracing these varieties and releasing some stunning examples, our range from Bodega de Forlong among them. Look out for unique offerings such as orange wines made from Palomino grapes macerated on the skins of PX! One would be forgiven for assuming that any still wine from these hot nether-regions of Spain, typically associated with the production of Sherry, would be flabby and over-ripe, lacking the acidity or freshness to be elegant. Such perceptions have been quashed with the release of superb wines that feature the aforementioned varieties and styles, among others.

It would be remiss to mention Palomino without reference to the slow but steady Sherry revolution taking place, fuelled by a focus on high-quality releases of single-vintage, single-estate and organic Sherries. This is a topic that merits a whole article itself, soon to be published. Watch this space!